Like most years, 1884 saw its share of memorable events across the globe. In the United States, work had begun on the Statue of Liberty, and in the August of 1884 the cornerstone for the statue was laid on Bedloe’s Island, New York City. Grover Cleveland was elected the 22nd president, shortly before taking office in 1885, and the Federation of Organized Trade and Labor Unions pronounced that, ”eight hours shall constitute a legal day’s labour from, and after May 1, 1886”

In the United Kingdom, Queen Victoria was monarch, the prime minister was William Gladstone, and British forces were in the midst of the Khartoum Siege, a military blockade of the Sudanese capital by Mahdist forces. The ‘Fabian Society’, based on the principles of democratic socialism to achieve a better society, was founded, and Mark Twain’s, ‘The Adventures of Huckleberry Finn’, are first published in Lodon.

The first edition of what would later become the Oxford English Dictionary was published, the UK’s most destructive earthquake on record was recorded in Colchester and the NSPCC was founded as the London Society for the Prevention of Cruelty to Children

In football, the Midlands clubs of Derby County and Leicester City were both founded and the first British Home Championship was held between, England, Scotland, Wales and Ireland.

The English cricket team were competing in the first Ashes test in the UK…and winning. They also won the first test in Australia, and would complete the Ashes series victory in early 1885.

Away from sport, on a market stall in Leeds, Yorkshire, Michael Marks set up on Kirkgate Market, and the Marks & Spencer chain was born.

M&S was not the only brand to be born that year. 1884 was in fact a very special year for us here at George Barnsdale too, as it was the year that George Barnsdale opened a small carpentry firm up in the Lincolnshire town of Donington. Soon building a reputation on quality craftsmanship, and to this day, we have continued to pride ourselves on this.

Our offices are still found on the site where it all began back in 1884, and the descendants of George are still running the company, ensuring we keep that reputation going, whilst also moving with he times to ensure we are at the forefront of the industry. 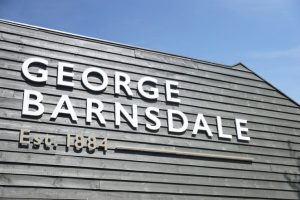 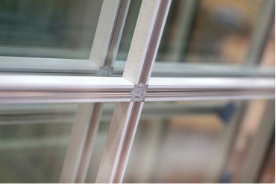