The Truth Behind the Retained Facade and Timber Windows - George Barnsdale

Why do Developers choose retained facades?

The requirements of a modern building are very different to many old buildings. Retaining the original façade can be a way of complying with the wishes of the planners and completely redeveloping a Listed Building or an old building

Retained facades are increasingly being used by developers for listed buildings and conservation projects as a way of protecting the original aesthetic of a building and meeting the wishes of the planners.  There are thought to be almost around 500,000 listed buildings in the UK, according to Historic England, many of which require significant refurbishment and redevelopment. Whilst there are many examples of good retained facades, like the Lancasters project in London which is an exemplar model of conservation, there are also some very poor ones.

What are the problems with retained facades and timber windows?

From a fenestration point of view, there are a number of challenges to overcome in the design and installation of windows into a retained façade. A project on paper that looks like a straight replacement of 200 timber sash windows is never that simple.

Often a building is no longer fit for purpose, for example, 20 Grosvenor Square used to be the US naval headquarters with offices and a commercial set up and has now been completely transformed into a prime residential development. The demands of potential residents mean there is often extensive work to be done to the fabric, layout and structure of the building. Allowances must be made for noise minimisation, fire, forced ventilation, heating and ducting, data cabinets and cables. Developers may also want to add an entire floor or two to maximise yield as at One Grosvenor Square in London. This means that the original position of the window profiles would need to change and a stone by stone dismantling of the façade was the optimal solution in this case.

In relation to the window fitting, since it is part of an old building, there will be distortion in the openings which are unlikely to be true and plumb. Standardisation is impossible and adjustments have to be made for each opening. It is vital to take accurate measurements using a laser measuring device to minimise adjustments being required on-site at the point of installation.

Working with the facade consultant

A further issue is that there will be movement between the old and new structure which creates problems with the windows due to the stress this exerts on them. This requires the installer to work closely with the façade consultant to mitigate for this. Some of the methods used to improve acoustic performance of a building for example, kinetic spring vibration isolators which cause the building to move in order to absorb sound can be a headache for the window project. A recent project at 1 Grosvenor Square incorporated this method in a new basement. Structural engineers calculated the tolerance required to allow for the movement and this is considered when windows are manufactured and installed using the specific interface detail provided.

There are likely to be conflicts between the demands for thermal, acoustic, security and weather performance and the strict planning requirements for sympathetic replacement in an historic building. For example, single glazing may be specified by planners but the architects have requested the highest possible acoustic performance. Bespoke solutions can be developed but for many suppliers that have not been involved in projects like this before and those that don’t have the relevant acoustic and weather test data, it is a real challenge. Few manufacturers have as much test data as George Barnsdale who have access to numerous acoustic tests alone. It also leads to time pressures as they have to work with glass suppliers, production and test houses before they can actually start manufacturing.

Another issue is how the windows will interface with the original façade. Some facades comprise of stone work, brick work and steel columns all in one façade which can also be designed to interface with a new build section. Each requires a different interface but must all tie in to look the same as the existing building for authenticity. With more than 20 years  experience in managing such projects, we have seen numerous different interface details and have worked closely with architects and their teams to help them meet the aesthetic and technical requirements while satisfying the planning authorities.

Moisture and cold bridging is always a challenge with sash windows due to air getting into the boxes containing the pulleys and weights unlike standard casement windows which can be fully sealed to be airtight. Where the retained façade and the new part of the building meet there is a requirement for quite a complex interface design to allow for this. There can also be an issue where the original cill meets the new internal structure with both cold bridging and waterproofing.

In the cases where the façade is removed stone by stone or brick by brick, there is a different interface again. Each project requires a tailored solution and close working with architects and the wider team.

Experienced installers will have developed a wide range of solutions to the various requirements on site and those that also manufacture are able to respond quickly to challenges encountered on site. Throughout a project, the interface management needs to be clearly defined, managed and reviewed with all stakeholders. The earlier the window manufacturer is involved the better, preferably at the early design stages to ensure design decisions do not compromise the interfaces and undermine the performance of the building. 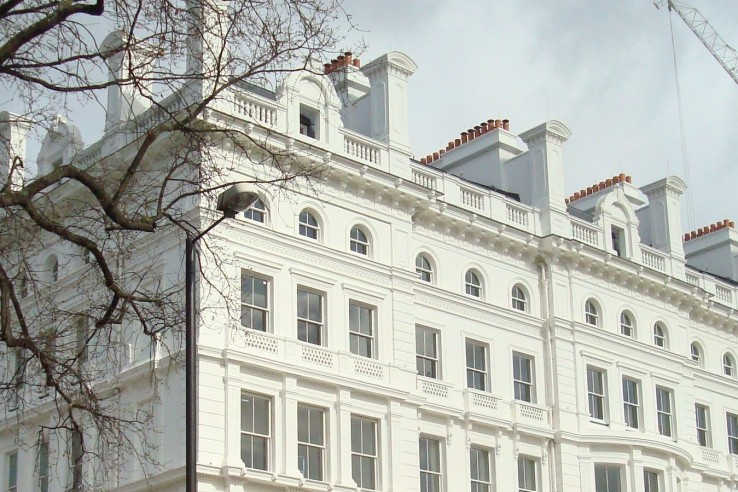 Retained facade used for the redevelopment of The Lancasters 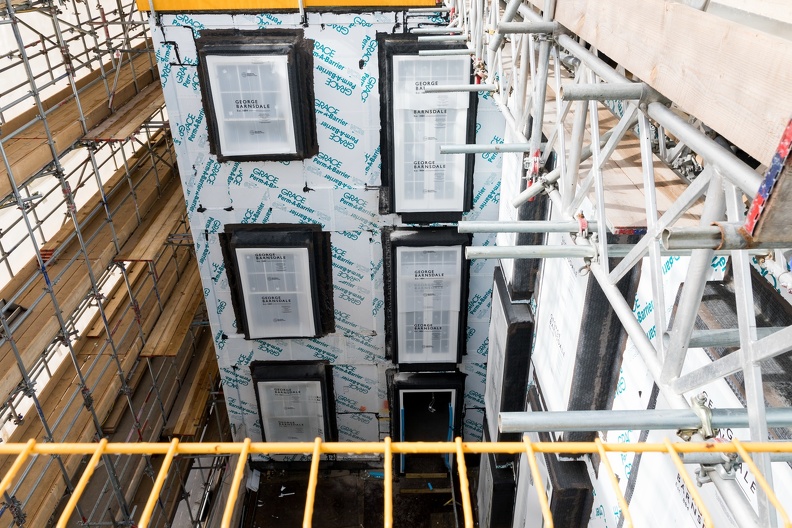 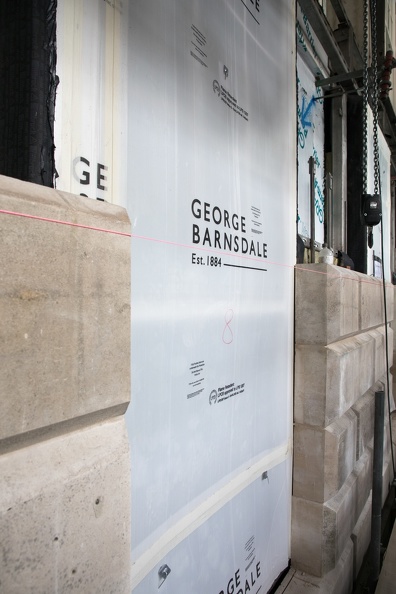 Previous post: The Bishop’s Avenue, London – another development for George Barnsdale on “Billionaire’s Row”
Next post: Is it possible to make a curved sash window?