Thinking of replacing the windows and doors, repairing the existing furnishings, or renovating a building here in the UK? If so, it is important to remember that ALL buildings are covered by planning controls and legislation and if your building is deemed as ‘Listed’, then it is important to adhere to the required building regulations when it comes to a listed building renovation.

For a guide to repairing or replacing windows in a listed building read our previous blog.

At George Barnsdale we take conservation very seriously and with plenty of knowledge gained working on some of the UKs most prominent historic refurbishments and listed building renovations. Our vast experience as conservation redevelopment specialists can assist with your listed building restoration project. 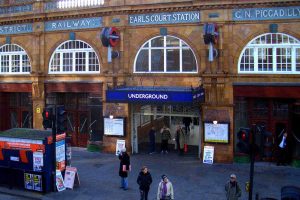 Protecting our heritage became of increasing importance following the industrialization of the UK and the subsequent rapid expansion of the population. In addition, the massive re-building program that followed WW2 resulted in the need for appropriate legislation to protect our history.

All surviving buildings, built before 1700 and up to 1840 are characterised as listed. Buildings built after this period will be defined as listed or not depending on its architectural and historic interest. Therefore, how the building links to our natural history and heritage will determine the specific demands of the build.

The need for protection of monuments and buildings in the UK has been recognised by parliament for well over a century, since just before the dawn of George Barnsdale in fact.

Two years before George Barnsdale opened up a small carpentry firm in the heart of the UK, specialising in the manufacturing of wooden windows and doors, the first legislation on the preservation of archaeological and historic sites in Britain was developed. The Ancient Monuments Protection Act of 1882 made arrangements for the ‘guardianship’ of some 50 prehistoric sites and appointed a single inspector of ancient monuments.

It was incorporated by the National Trust Act of 1907, and its constitution and powers have been revised under subsequent legislation.

Town and Country Planning Act of 1947

More acts were introduced throughout the following years, but most noticeably following the Second World War, when the Town and Country Planning Act of 1947 began the system of listing buildings and structures of special historical, architectural or cultural importance.

However, these acts did not prevent the demolition of listed buildings. Unfortunately, during the 1950s and 60s many buildings were renovated under the radar, without the appropriate checks being carried out and many listed buildings demolished, particularly in the countryside where there was not the same scrutiny on listed building renovation.

Therefore, rigorous new planning procedures were laid down in the Planning Act of 1968. The introduction of this Act also explicitly introduced for the first time the concept of a listed building, a status which now carries full statutory obligations of care and conservation when carrying out a listed building renovation.

In 1983 the English Heritage was created by the National Heritage Act of 1983 as the successor to several older bodies responsible to the Government for heritage sites. It places special emphasis on fostering public interest in all aspects of the historic environment in England and Wales.

Scotland’s heritage is managed separately by authorities appointed under legislation enacted at Westminster.

In England and Wales, the Listed Buildings and Conservation Areas Act 1990 states that no person shall execute or cause to be executed any works for the demolition of a listed building or for its alteration or extension in any manner which would affect its character as a building of special architectural or historic interest, unless the works are authorised.

A few legislations that apply to Scotland only are: 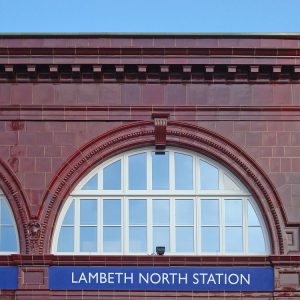 Our services have been requested to work on many major projects here in the UK and you can find a selection of some of our listed building renovation projects in our case studies section.