Four members of the George Barnsdale team are celebrating 30 years each working at the Lincolnshire based timber window manufacturer. Steve Dixon ( Sales Director), Darren Templeman (Production Director), Mike Stothard,  and John Scrupps (Joiner)  started as Carpentry and Joinery apprentices straight from school in 1990. Whilst John, Mike and Darren have stayed on the production side of the business, Steve has moved into a senior sales role working with some of the biggest commercial projects in the UK where our historic windows and doors have been installed, including at One Palace Street, Twenty Grosvenor Square, Chanel, Bond Street and The Lancasters, Hyde Park. While Steve has been selling them, Darren has been managing and developing the systems in the factory to deliver such projects. John and Mike have been valuable members of the team working on some of our more challenging projects like a recent Victorian shopfront replacement and a new complex shopfront.

Commenting, Tom Wright, Managing Director said: “I’d like to congratulate Steve, Darren, Mike  and John on their 30 year anniversary and to thank them for their valuable contribution to the development of George Barnsdale in that time. We have seen the company move from a traditional joinery firm to a high tech, state of the art operation selling our bespoke timber windows and doors to companies like Balfour Beatty, Multiplex and Lendlease as well as to small and medium sized building firms locally and nationally and, of course, numerous discerning homeowners either directly or  through our approved partner network.” 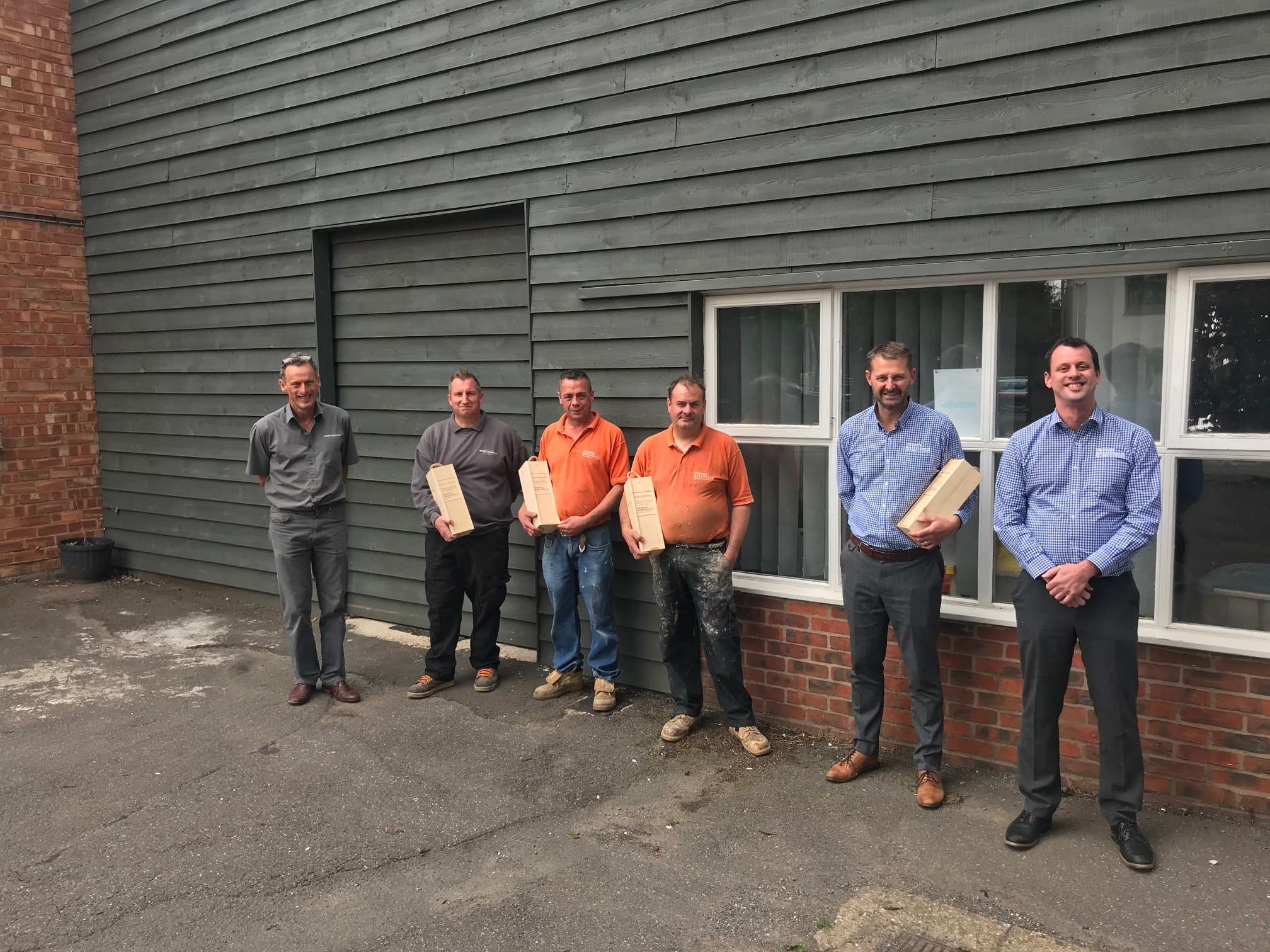 Previous post: How to go plastic free: our tips on ditching plastic for good
Next post: Can I replace my windows under the Green Homes Grant Scheme?