Lincolnshire based company, George Barnsdale have just received a patent for an invention that will dramatically reduce draughty windows.

It is a problem associated with many windows but in particular because of its design with that of the sliding sash window. 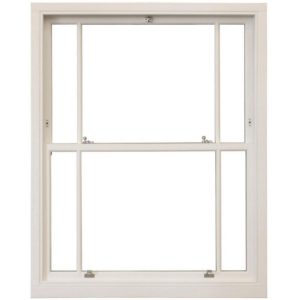 The oldest surviving examples of sash windows in the UK date back to the 17th century and although very popular still, vertical sliding sash windows have traditionally been thought of as draughty windows and not as environmentally friendly as their modern-day alternatives. 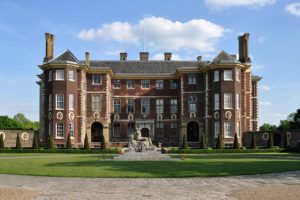 However, thanks to an ingenious invention by George Barnsdale all that has changed. Having over 130 years’ experience in the field of manufacturing windows and doors, the company have been striving to find a solution to this ongoing issue of ‘airtightness’, and have finally managed to with the addition of a simple special sealing plug.

As with casement windows, progress has been made by using draught seals in sash windows, but despite this it had still not been possible to equal the performance of a modern casement window. Primarily as a result of connection between the parting bead and the meeting rail.

To solve this, George Barnsdale have developed a special sealing plug which has recently been patented GB2538727 and is now available on their full range of sliding sash windows.

This invention achieves class 4 on air permeability classifications of EN1627 Part 1, which as it happens, is the best you can achieve. This classification equals the very best performance of casement windows made from either aluminium, plastic or timber.

Despite this modern development, the windows look almost identical to any other traditional sliding sash window, retaining their elegance and splendour of old, with identical parting beads exposed and no draught seals showing when the sashes are closed. 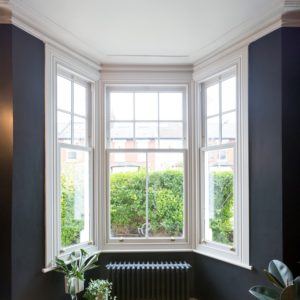 Although relatively simple, the invention relates to window assemblies comprising a frame and two slidable panels and promises to take sash window manufacture to a new level.

With updates in building construction requiring that openings between the interior and exterior of buildings be sealed effectively, reducing the number of gaps helps to prevent the draughts.

George Barnsdale have overcome the problem that has faced many designers of how to effectively reduce drafts when dealing with moving parts and openings on doors and windows, with the sealing plug.

The plugs measure approximately 10cm long and is slightly thicker than the remainder of the bead of the window, it is positioned in such a way that it helps seal the opening and prevents air from moving between one side of the assembly to the other.

The invention could not only reduce the effects of draughty windows but also help save owners hundreds of pounds in energy costs, whilst keeping the traditional elegance in keeping with the sliding sash window. If you would like to know more about the invention then contact George Barnsdale on [email protected]co.uk